See all our available art in the online gallery>

Water has never ceased to inspire artists, who have interpreted its qualities to sooth, calm and enliven for centuries. As we emerge from a period of isolation and lockdown, the call of water has never been so inviting.
While Hockney was inspired by the pools of California in his famous painting ‘A Bigger Splash’, our artists have mused on Hockney’s legacy to reflect on pools, lidos and oceans.

Each artist sees the water in a different light, in location and proximity. Artists Mew, Emily Kirby and Ruth Mulvie live by the coast, whereas new artist Bench Allen grew up in the seaside town of Plymouth and now lives in London.
Richard Heeps has documented his trips around the world using his highly saturated hues. Vivid colours perfectly reflect the locations of his iconic ‘Swim-in-pool’ shot in Las Vegas, Nevada and ‘Ices’ shot in Bexhill-on-Sea.

We welcome two new artists to the gallery; London based screenprinter Bench Allen and Glasgow based painter Fiona Wilson. Wilson has been painting a series of ‘swimming cap ladies’ since she met us outside the gallery in Summer 2000, before we opened our doors to the public. 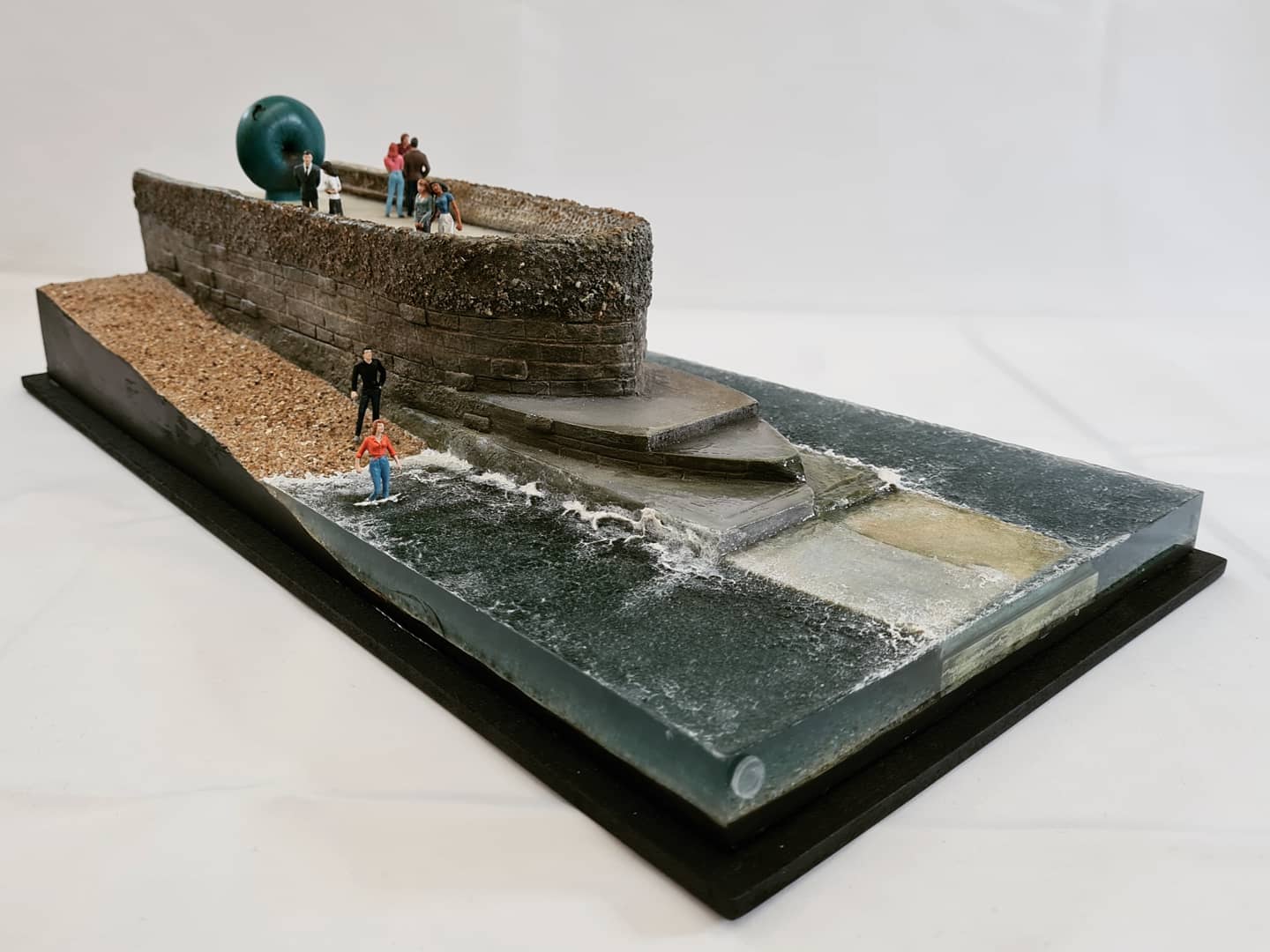 Highly collectable miniature artist 96togo (Jerome White) is only 23 years old and has been extremely popular at Paxton + Glew since the very beginning. The fine artist works in miniature, combining skill with a sense of humour. 96togo attention to detail gives his art an edge, with his artworks quickly selling out.

Escape for a moment and make your own Paxton + Glew exclusive beach hut. Comes complete with full colour easy instructions, suitable for adults and children over 8 years old with adult guidance.

1:16 scale. Finished beach hut is 16cm high x 12cm wide x 12cm deep
Requires: Glue (not included - PVA/ wood glue/ UHU or similar)
You have 2 styles of doors to choose from, so that your hut can have open or closed doors.
If you use the 'doors closed' panel and don't stick down the roof, you can use the hut as a trinket box, with the roof being used as a lid.
Order them here >>

Once you have built your hut, its ready to paint and decorate as you wish. You can share it on instagram using the hashtag #vitaminseaopen @paxtonglew 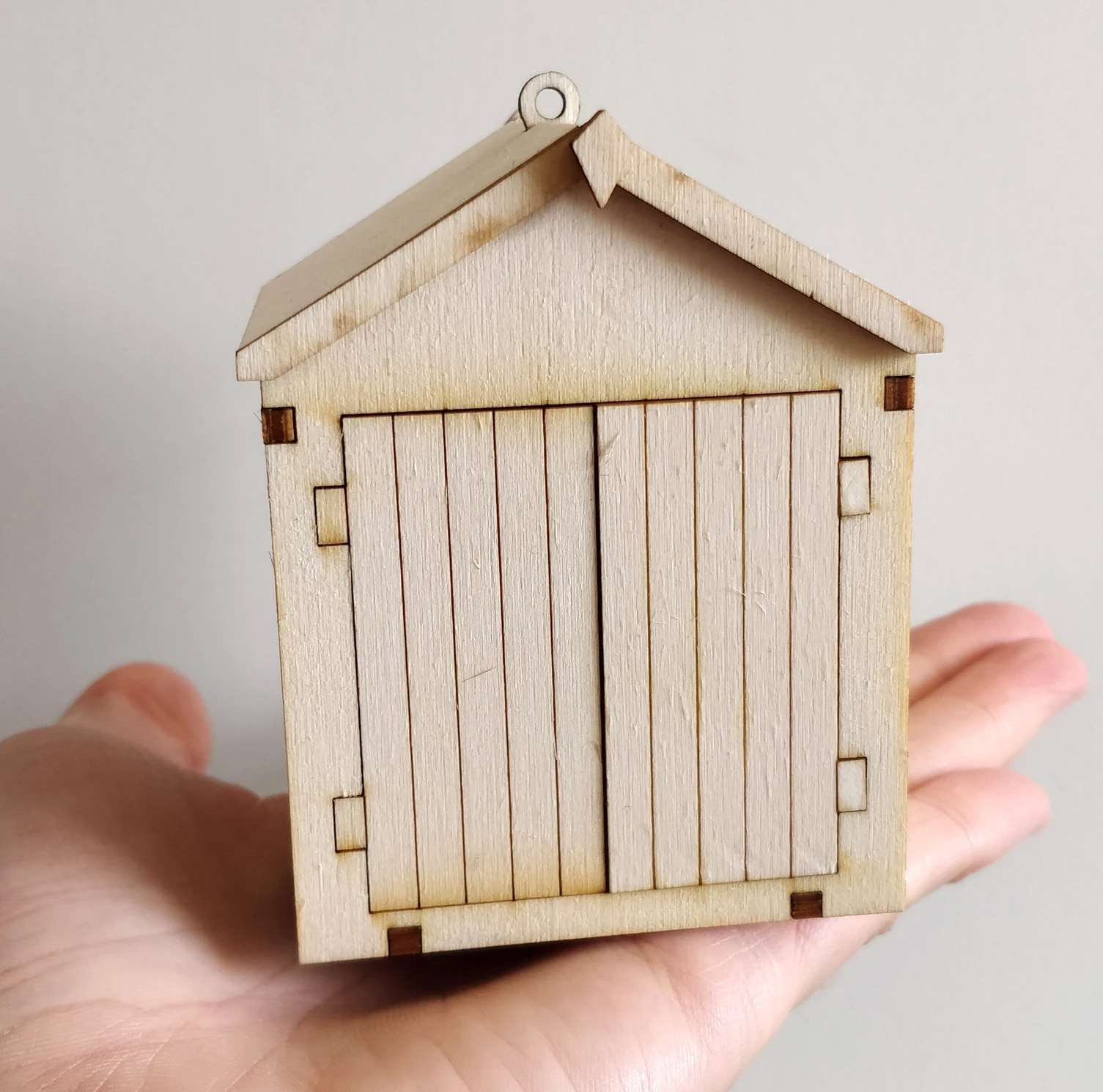 Create your perfect beach hut that can hang on your tree, using our simple flat pack beach hut kit.

The finished beach hut is approx 8cm high, and is 1:32 scale.