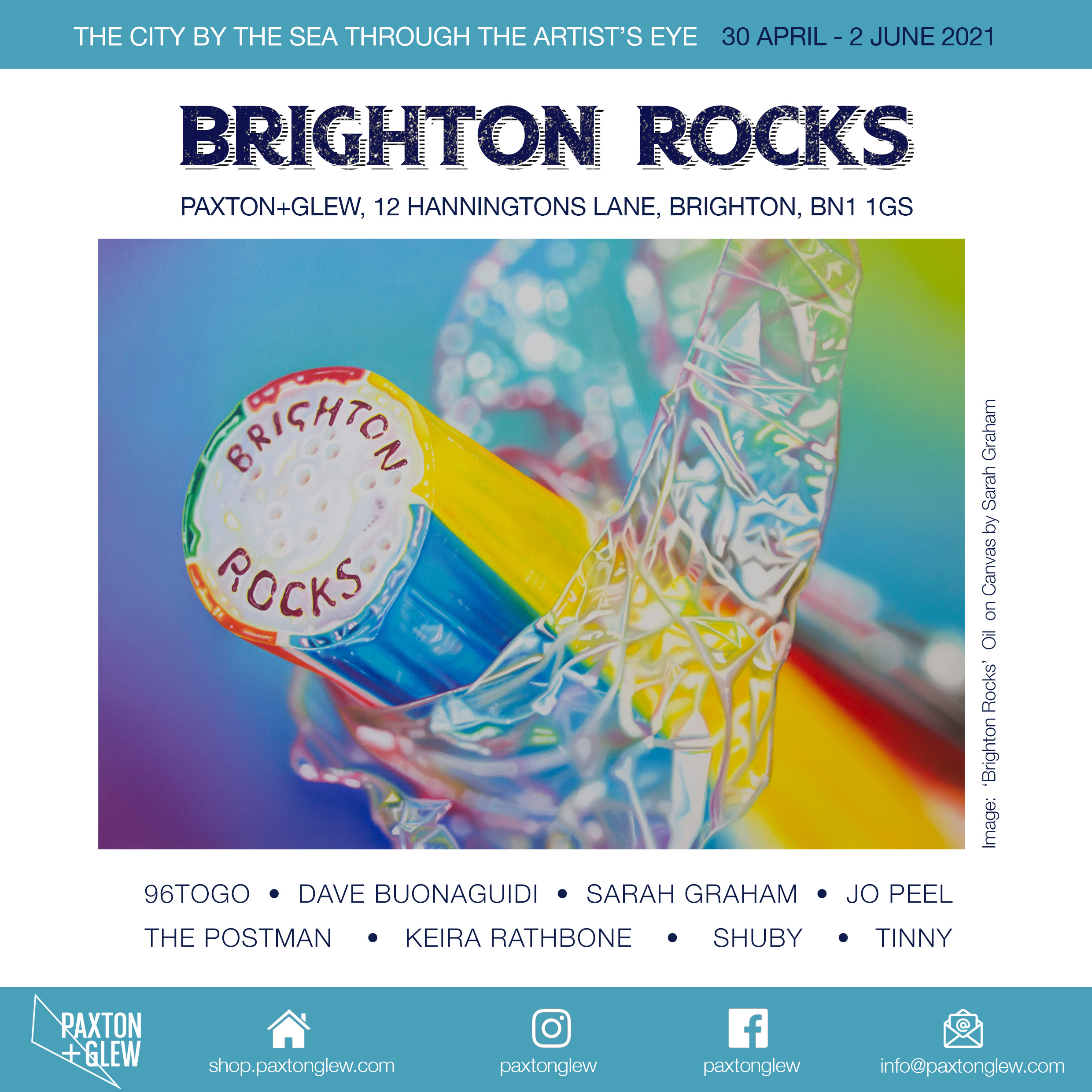 The Brighton Rocks exhibition is a celebration of the city by the sea through the artists eyes.

Miniaturist, 96togo, has made a model ‘B-town donut’ diorama of the famous donut on Brighton’s seafront and some new popular relief ice cream and traditional fish and chip shop fronts.

Dave Buonaguidi has made a series of new screen prints onto photographs printed from original 1964 negatives. With his distinctive neon pink coloured text, these text works show Brighton in the swinging 60s are both nostalgic and a cheeky documentary of social history.

Photo realistic painter Sarah Graham, has produced a new oil painting called ‘Brighton Rocks’ which has to be seen to be believed. The artist has formerly painted the Souvenir album art for the Kaiser Chiefs.

The Postman famously adorn many walls and street features in the city, have produced a new large format Prince Regent piece in all his regalia, which is also released as an exclusive limited edition giclee of 25. A large format Nick Cave painting, various one off mini works on wood and sought after hand-finished prints will be available.

Keira Rathbone, who draws with a manual typewriter, has produced 2 new typic images of Brighton in her unusual technique. Both works are available as collectable limited edition giclees in standard or oversize.

A book release titled the 'Brightonians' by Brighton based writer Daren Kay, will be launched during the show. Set in Kemptown in contemporary times, the book delves into the cities saucy past in the 1960s. The novel is available in the gallery as signed copies.

< Back to Latest News