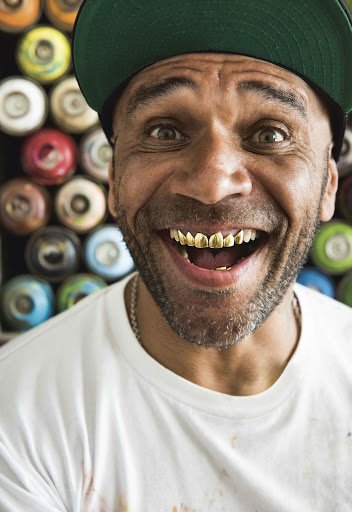 Clifford Price MBE, AKA Goldie, is an artist whose ferocious creativity knows no bounds. Born and bred on the breakdancing and hip-hop culture he absorbed during trips to the States in his youth, Goldie was a graffitti artist and an album cover artist before receiving the backing to record his first track, "Terminator", in 1993. His debut album, "Timeless", followed two years later, and was hailed by critics as a masterpiece. The album fused the hypersyncopated breakbeats and reggae chic common in jungle music with a provocative bassline and soulful diva vocals. That album's title track, a 21-minute symphonic piece, was a masterstroke, and the lively "Inner City Life" was a smash. With his reputation firmly established, he released his sophomore album in 1998, Saturnzreturn. The album's opening track, "Mother" a 60-minute orchestral/drum-n-bass piece, is a haunting track and serves as the companion piece to "Timeless." The remainder of the album, featuring cameos by David Bowie, Noel Gallagher of Oasis, and rapper KRS-One.

Goldie has continued with his art output since the early days of painting trains. He is currently setting up Aurum, a large gallery in Bangkok, Thailand showing the forerunners of the urban art scene.
View available work by GoldieView All Artists