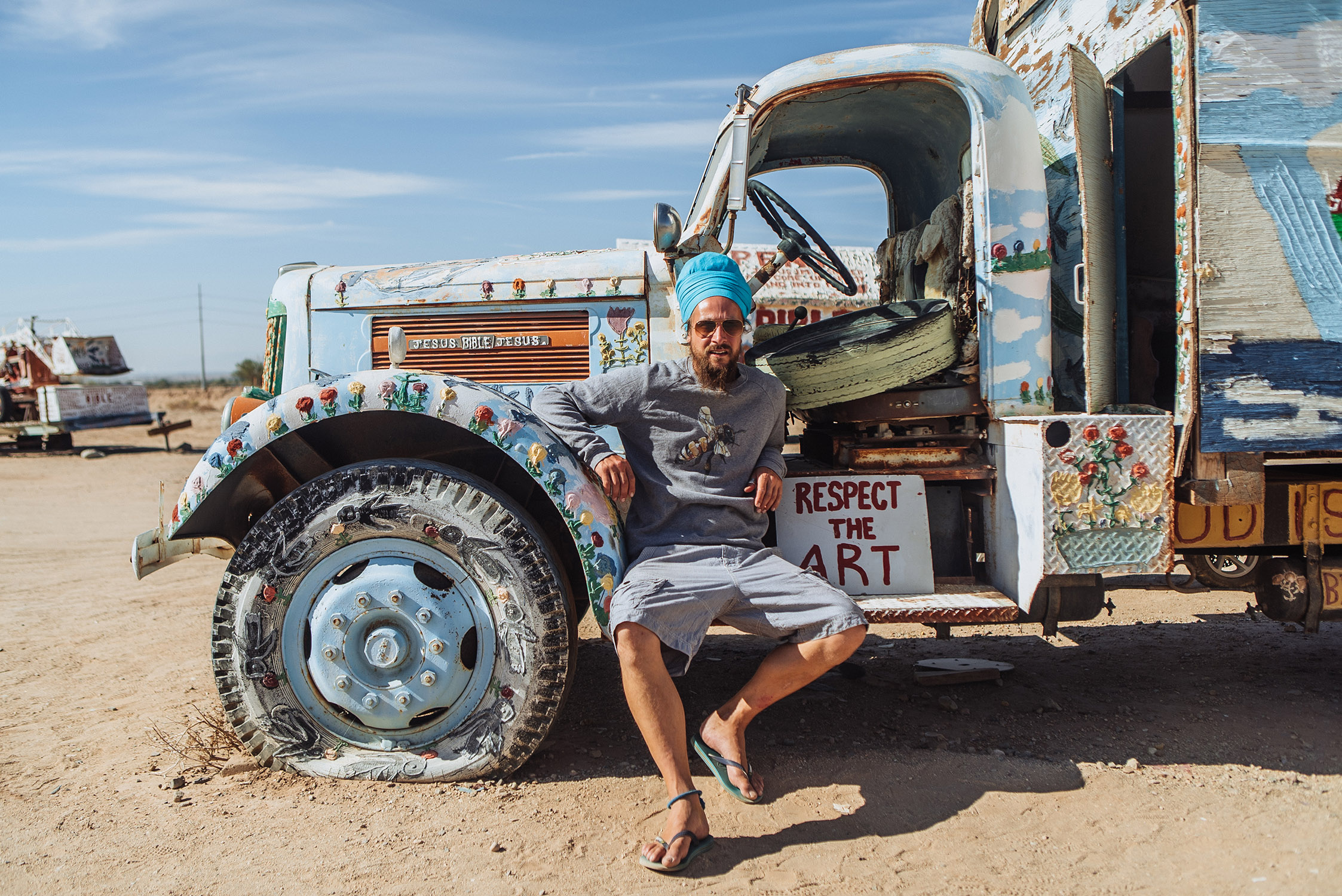 Louis Masai is a painter, sculptor and muralist, he uses his work as a way to highlight the 6th mass extinction, climate change and species equality. Current works deal with endangered species, created into patchwork plush toys, stitched up by bees. The animals are toys to highlight the potential state that the species faces –he questions, what will be left? Toys and souvenirs? The bees carry needle and threads, stitching up the toys to highlight that humans should pay more attention to what is happening in nature and start stitching the planet up and stop unpicking it.

Louis maintains a balanced combination of painting in the studio and painting murals in the public domain. He gets a huge enjoyment from both and embraces the influences that both practices have on each other. In 2016 Louis toured the states “The Art Of Being” painting over 20 murals of species under threat in 12 cities across nine states in just two months. With nearly one in four mammals under threat in the USA, from the grey wolf to the manatee, ‘The Art of Beeing’ highlights local species at risk and the urgent need to act on climate change and the environment. The tour was supported by a series of mini documentaries.

In 2017 Louis launched All Fruits Ripe a monthly-streamed Podcast, recorded in south London with Adam Hylu of unit 137. Via open discussions and exploration into environmental issues with experts in their given field, the Podcast aims to unearth the ways that many inspiring individuals are picking their own ripened fruits. Louis currently lives and works in Margate. 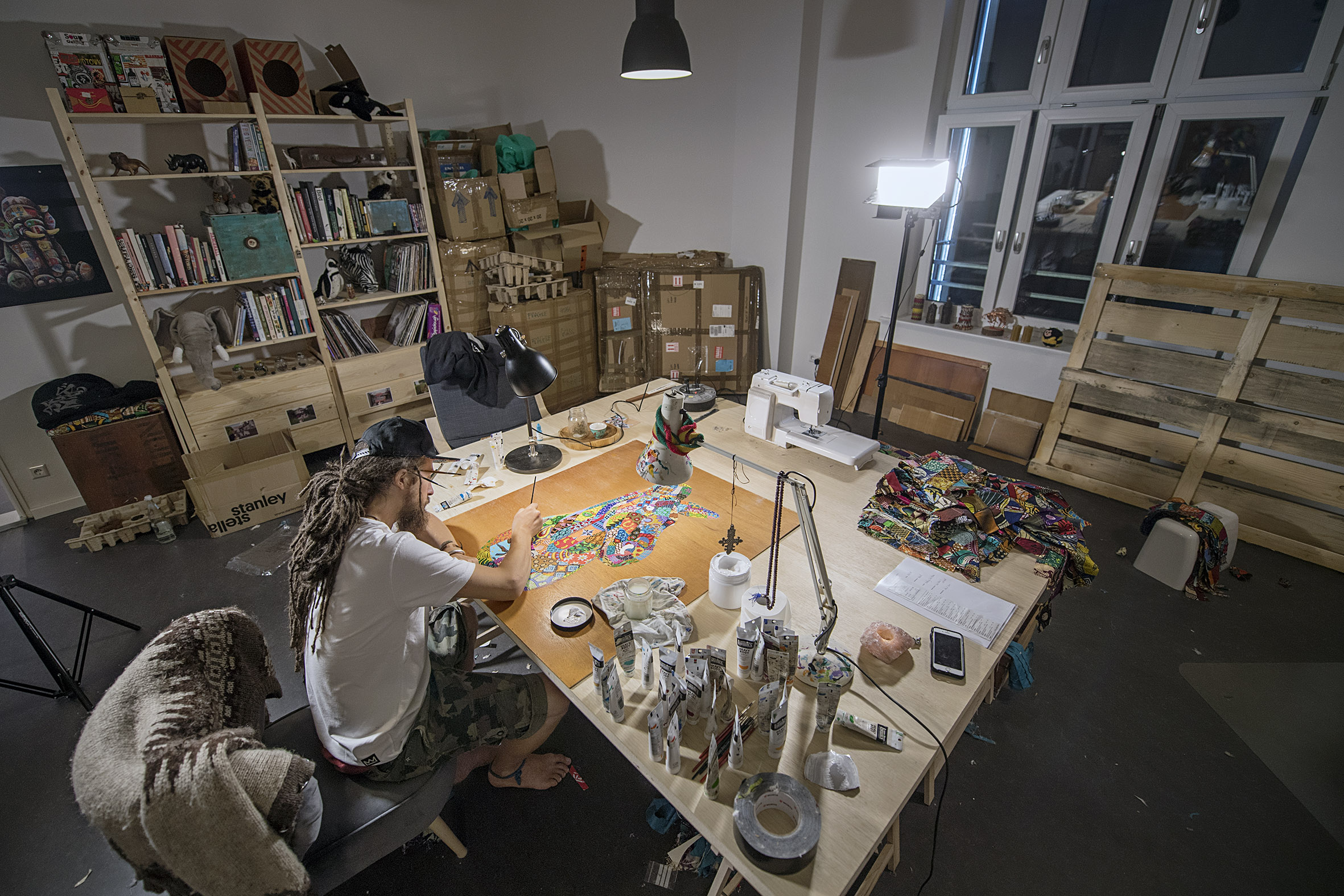 In the UK lockdown we touched base with the artists to check in.

How are you doing now?
After the initial shock of having such a drastic change to our freedom and lifestyle, we are glad to say that a new normality has finally arrived.

Whats lockdown like for you?
We divide our days into screen and studio time.  We’re finally getting all those things done that were previously put low on the to do list.

Are you able to work/ where is your studio normally? What's your current set up.
We had to move our studio into a temporary space in our landlord’s conservatory. We feel lucky to have been given this opportunity of working in the garden in this gorgeous weather.

What projects are you working on now?
We got lots of time to connect with people virtually. Thos allows us to do different collabs with artists we met on our travels. We are working on projects that we had planned over the past year but previously never quite got round to doing.

Is lock down / coronavirus having an influence on your work?
The intention of our work is to spread love and positivity. We have made a few artworks like Dorothy from The Wizard of OZ and Kevin from Home Alone. Both were clearly inspired by the current crisis.

Which artists/ instagram accounts are you most addicted to now?
We enjoy seeing what our Brighton local friends @broken_hartist get up to.

What are you listening to/ reading/ watching when you can?
We can’t stop watching the news even though we are fully aware that they aren’t doing us much good.

And anything else you'd like to add!
Thanks for inviting us to this project along with so many talented artist’s whose work we admire. We are all in this together x
View available work by Louis MasaiView All Artists