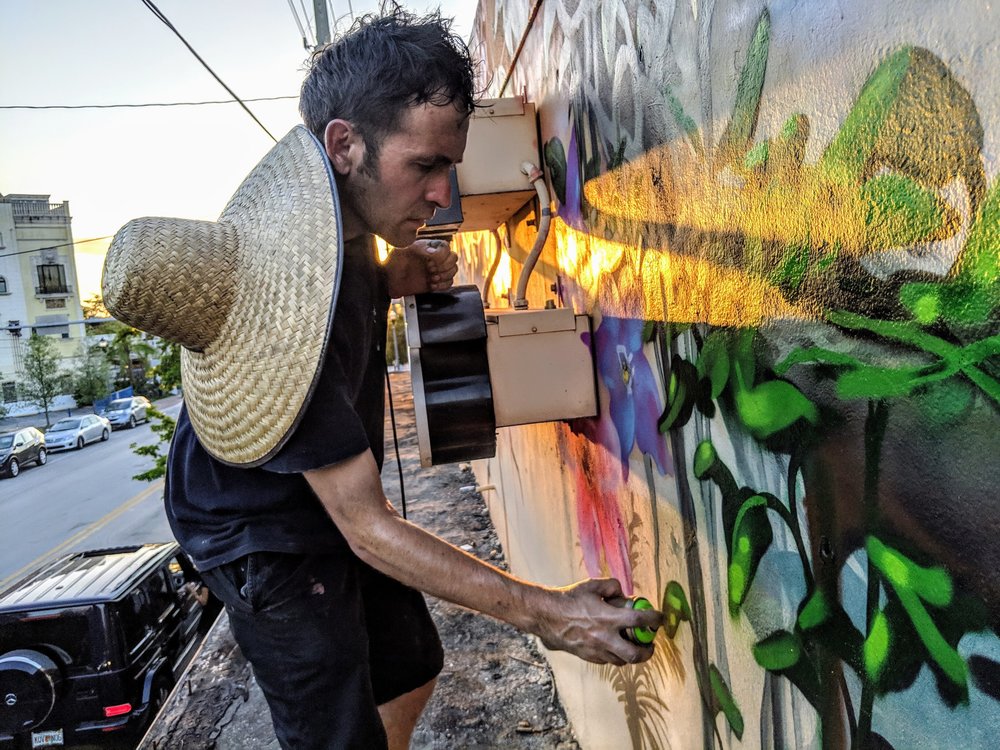 Xenz (b. 1974) became a graffiti artist at the age of 14 having been inspired from films and books that documented the sub culture in New York. He developed the tag “sense” which evolved into what he uses today – Xenz (pronounced “zenz”).
Having practiced graffiti art for over 20 years, he has developed a unique approach to the art form. His early works, which were paintings inside the derelict warehouses of Hull in Yorkshire England, encouraged a very experimental approach to graffiti, so much so that the word graffiti no longer sufficiently describes what he does.
Xenz paints landscapes from his imagination using the spray can to capture fragments of memory and ever-changing subject matter, often drawn from the natural world. He lived in Bristol where he painted many pieces alongside one of the UK’s longest standing and most respected graffiti crews TCF, and artists such as Banksy, Inkie and many others extending way beyond the boundaries of Graffiti art..
Xenz has been shown in exhibitions in the UK, Miami, New York, Basel, Ibiza, New Delhi and Sydney. He has had sell-out London solo shows, and his limited edition prints are in huge demand. His work is in private and corporate collections worldwide. He studied at Edinburgh College of Art. He lives and works in London.
View available work by XenzView All Artists